The third in their immensely popular ocean fleet, the Viking Sky set sail on her maiden voyage earlier this week, departing Civitavecchia on an 8 day Mediterranean sailing to Barcelona. Following her maiden voyage, Viking Sky will sail on a collection of eastern and western Mediterranean itineraries, followed by an offering of Scandinavian and Baltic sailings throughout the summer. Viking Sky will continue to expand her horizons through the end of the year as she makes her way for the warm waters of the Caribbean, sailing throughout the West Indies and the Americas.

“As we officially welcome our third ship to the fleet, it is a proud moment for the entire Viking family. We continue to see a positive response from our guests and the industry, which makes us confident in our future growth,” said Torstein Hagen, Chairman of Viking Cruises. “We started in the cruise business 20 years ago, and our philosophy is still the same – we do not try to be everything to everyone. We are a destination-oriented small ship cruise line, and as we prepare to introduce a fourth ocean ship by the end of 2017, we look forward to introducing even more guests to The Viking Way of exploration.”

Viking Sky, in similar style to her sisters, Viking Star and Viking Sea, offers spacious all-veranda staterooms for her 930 guests, as well as a number of Viking-exclusive spaces, including the Scandinavian inspired Wintergarden, the panoramic Aquavit Terrace, and classic LivNordic Spa. Fans of both Viking Ocean and Viking River will feel at home aboard the brand new ship, enjoying such Viking signatures as locally inspired entertainment, high quality shore excursion offerings, complimentary wifi, complimentary beer and wine during meals, and Viking’s always stellar service.

Viking’s ocean fleet will continue to grow over the coming years, with the debut of Viking Sun this November, hosting the line’s first ever World Cruise. Two more ships, Viking Spirit and a yet unnamed ship, will debut in 2018 and 2019, respectively, opening new destination opportunities for Viking, including Alaska, Australia, and Asia.

More from Cruise Currents on Viking:

What It’s Like: Sailing On A Viking River Longship

The Crew Of The Viking Lif: A Passion For What They Do

#MikeAtSea: Cruising As A Solo Viking With Viking Cruises 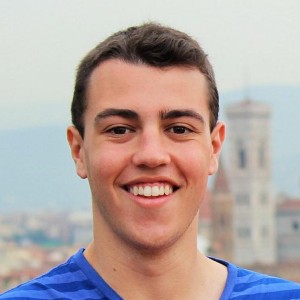 Reflecting On A Simple Photo ... How One Song Can Define Your ...